After a moody 2017 and bearish 2018, the blockchain space seems to be somewhat stable in the first half of 2019 according to several blockchain report releases and has an upward trajectory with new developments. Although the number of ICOs has significantly reduced – there is a silver lining: there are fewer bad apples to distract the crypto ecosystem. This post-ICO, post-futile-PR-partnerships age urges the blockchain community to be less focused on the current price of bitcoin and more focused on producing meaningful services and advancements.
The first half of this year was full of blockchain POCs led by enterprises in almost all crucial sectors, including financial services, supply chain, and healthcare. Big projects from established enterprises like Libra are taking all the media space now, and it seems like the enterprise blockchain space might be back in form soon. A lot of key consultancies have started speaking on blockchain again. However, there hasn’t been a centralized source for information about this decentralized technology that clearly states the condition of the market and explains the sentiments in the first half of 2019.
Hence, the analysts at Deqode went through several latest blockchain-related reports, articles, and surveys from a long list of organizations. They chose six latest observations from six publications on multiple factors (organization credibility, vision, etc.) which are indicative of the industry’s mood, and compiled their key findings in a single document. This report contains concise, abridged information and observations taken from six major sources: McKinsey, BCG, PwC, Deloitte, KPMG, and Qetlas.

After drafting the infamous Blockchain’s Occam Problem article which received much flak from the blockchain community for calling the technology relatively complex, expensive, unstable, and unregulated, ‘the Firm,’ seems to have changed its tone. While it is alarming that a company so revered and pro-blockchain hasn’t talked about the tech a lot post-Occam Problem in January, their latest piece on the technology, Blockchain and retail banking: Making the connection highlights ‘several areas where the technology could create value for retail banks.’

In particular, McKinsey is keen on three use-cases:

However, McKinsey lists four significant issues that need to be solved before Blockchain’s application into retail banking. These issues seem to be generic ones that could be applied to several sectors. The firm also lists solutions for the same:

This blockchain report, in conclusion, suggests four points that could help increase adoption:

When the most innovative consultancy of the big 3, BCG, published Capturing the Value of Blockchain in April of 2019 – it brought many enterprisey-eyes on the technology. BCG sets the record straight by starting the article off by claiming that investors are continuing to pour record-breaking sums into space. It then goes on to list four primary sources of value that blockchain use cases can deliver:

BCG then talks about the determination of models, where it lists ‘Linear’ and ‘Network Effects’ for the same. They explicitly state that while blockchain use cases that deliver network effects have the potential to be true disruptors, it requires the following:

BCG lists three most promising use cases for eight specific industries according to the linear, network effects, and their hybrid models – and mentions how the technology is still new, the list of possible avenues to take are wide and the operational and partnership requirements to deliver on any of them are often extensive.

Three critical observations from their blockchain report include:

A majority of their survey then focuses on blockchain’s barrier to adoption:

The beautifully phrased final section, titled ‘Why it’s hard to trust a blockchain’ should be read in its entirety:

Blockchain, by its very definition, should engender trust. However, in reality, companies confront trust issues at nearly every turn. For one, users must build confidence in the technology itself. As with any emerging technology, challenges and doubts exist around blockchain’s reliability, speed, security, and scalability. Also, there are concerns regarding a lack of standardization and the potential lack of interoperability with other blockchains.

Also contributing to the blockchain trust gap is a lack of understanding. Even now, many executives are unclear on what blockchain is and how it is changing all facets of the business. Although the public narrative has moved beyond bitcoin, even the more recent focus and hype around ICOs only hint at the potential impact. Blockchain’s role as a dual-pronged change agent — as a new form of infrastructure and as a new way to digitize assets through tokens, including cryptocurrency — is not easy to explain. Think about other new technologies: users can try on virtual reality goggles or watch a drone take flight. However, blockchain is abstract, technical, and happening behind the scenes.

Another challenge for blockchain is building trust in the network. It is perhaps ironic that a technology meant to bring consensus hits a stumbling block on the early need to design rules and standards. Take payment systems and mechanisms in banking. Though everyone plays by the rules of existing systems today, they don’t necessarily agree on how an alternative blockchain-based model should be designed and operated.

Likewise, there’s a lack of comfort regarding regulation. The majority of regulators are still coming to terms with blockchain and cryptocurrency. Many territories have begun studying and discussing the issues, particularly as they relate to financial services, but the overall regulatory environment remains unsettled.

Compared to other studies, Deloitte’s survey (n=1386) is one of the most optimistic blockchain surveys in 2019. Key findings include:

KPMG surveyed 740 global technology leaders for its 2019 Technology Industry Innovation Survey. Following are their findings in the context of blockchain technology:

TeqAtlas is a blockchain, IoT and AI analysis and research company. We couldn’t establish the proof of credibility of their reports so their findings must be taken with a grain of salt. Four key observations from them include:

The following are the most important charts:

Disclaimer and Fair Use Statement for Blockchain Report 2019

This document contains quotes and statements from different organizations – the use of which may not have been specifically authorized by the copyright owners. This blockchain report is available to explain issues relevant to blockchain or to illustrate the current condition of the blockchain industry. Any bit of information in the blockchain report from McKinsey, BCG, PwC, Deloitte, KPMG, and Teqatlas – and other organizations named in this document are the properties of the respective companies. This document has no commercial value. The document constitutes a ‘fair use’ of any such copyrighted material (referenced and provided for in section 107 of the US Copyright Law).

The opinions and interpretations contained in this blockchain report are based on different organizations’ publically available blockchain reports and surveys – hence, Deqode does not take responsibility for the verifiability of the statistics present in them. If you wish to use any copyrighted material from this site for purposes of your own that go beyond ‘fair use,’ you must obtain permission from the copyright owner.

A blockchain analyst who loves to find value-based blockchain use-cases for the entertainment industry. Proficient in Hyperledger and Ethereum. 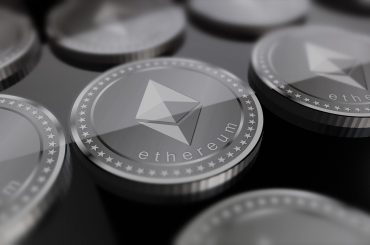